Get Started for Free LOGIN 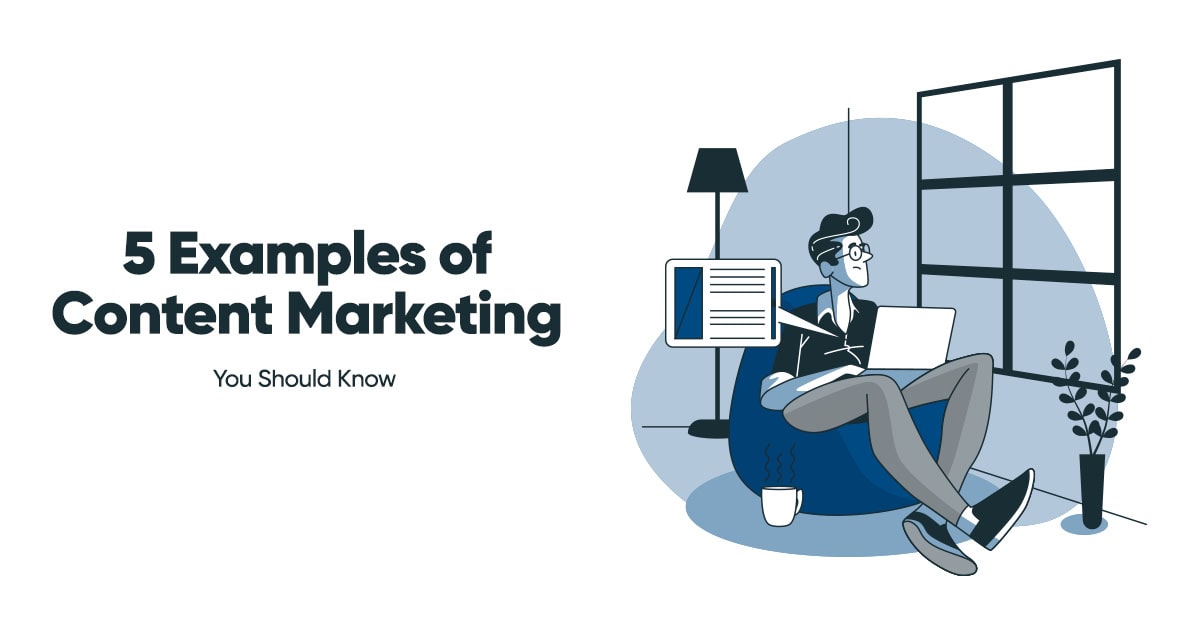 Have you ever wondered what successful content marketing campaigns look like? Here are five great examples that we thought you should know.

1.  Old Spice’s “Man Your Man Could Smell Like” Campaign

Video is a great way to engage your audience and capture their attention. In fact, in 2022, 86% of marketers say that video has been effective in helping them generate leads. Online videos are also expected to make up more than 82% of all consumer internet traffic by 2022.

The “Man Your Man Could Smell Like” campaign by Old Spice, which features tongue-in-cheek humor and creativity (and also muscular men like Terry Crews and Isaiah Mustafa), has become a cultural phenomenon. The campaign started in 2010 and in just three days, their first video clocked over 20 million views.

According to P&G, the campaign gained the following results:

Of course, it should be noted that their target audience is the millennials, and the best way to reach them is to use one of their most-used platforms— YouTube.

For this campaign, London-based agency Leo Burnett teamed up with Minneapolis-based designer David Schwen to advertise McDonald’s even without using their logo.

The idea is to just list ingredients in the Helvetica font and not mention the fast-food chain’s name because they’re already “so recognizable that you recognize them without telling you who it’s from.”

The ads demonstrate that McDonald’s is transparent when it comes to its ingredients. A campaign that is highly needed at a time when McDonald’s reputation for using “pink slime” meat fillers is being questioned.

In 2014, McDonald’s ran the “Our Food, Your Questions” (OFYQ) campaign aimed at

providing information about their food on social media. It also released behind-the-scenes videos which feature production processes behind its products.

The campaign was a huge success. And it gained the following stats:

McDonald’s answered over 19,000 questions from their audience

It boasted an average of 4.5 minutes on-site with 12 questions being read

It should be noted that the campaign is comprised of several media— videos, billboards, website content, and social media content, among others. This tells us that content marketing can have a maximum impact on a business if it uses the right medium for communication.

Spotify launched the Wrapped campaign in 2017, which provides a customized playlist based on users’ data. The campaign worked so well because it was personalized and because many people shared their Wrapped playlist on social media, which boosted the brand’s awareness and engagement stats.

The campaign itself was mentioned in at least 1.2 million posts on Twitter

The Shot on an iPhone campaign is a user-driven campaign that encourages users and loyal customers to take quality photos using iPhones. The campaign sends a message that the average customer can make art like the professionals, using a gadget as simple as their iPhone.

The campaign included a challenge that invited users from around the world to submit their best photos using the hashtag #ShotoniPhone. Photos from the campaign were then promoted on billboards, newspapers, magazines, online, and in 15-second TV commercials. They instantly took traction on social media.

It’s easy to say that the campaign was successful. Early on, the Shot on an iPhone campaign gained the following stats:

On Instagram, over 16 million mentions using the #ShotoniPhone hashtag

5.  Wordle by The New York Times

New York Times’ Wordle became viral in December last year. The game is simple: users have six chances to guess a five-letter word and can only play the game once a day.

Wordle keeps track of your winning streak— which encourages users to post and brag about their daily wins on social media. This made it easy for the game to be an instant hit across platforms (but mainly on Twitter, comprising 98.6% of all mentions).

The acquisition of Wordle by the New York Times was aimed to drive subscriptions to NYT’s newsletters and widen its audience for more lucrative ad spaces, one of its major sources of revenue.

Over 10 million organic views of the page

Brought tens of millions of new users to The Times

Content marketing can be done in so many ways. Don’t be straitjacketed by rules. Of course, there’ll be ups and downs, and a campaign that worked for one business may not work for another. What’s important is knowing what went wrong and learning from your mistakes so you can improve and optimize your campaigns for better results.

Curious how digital ecosystems can help improve your business?

Check out how digital ecosystems can boost your company performance by getting started here.

The Benefits Of Sales Tools For Your Sales Cycle

How to Attract Customers Online in the UAE?

Enter your email address below to subscribe for our monthly newsletter.

Made with by Loyica
© Saphyte 2022, All rights reserved.